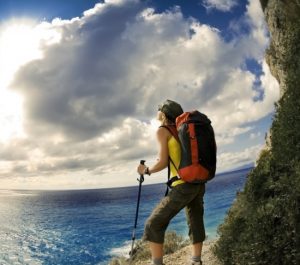 Not the most exemplary pioneer Olya, who didn’t like to go to school and offended her grandmother, once happened to be on the other side of the mirror. And then she was not up to the whims. The tale “The Kingdom of Crooked Mirrors”, shot in 1963 by Alexander Row, was a great pleasure for both children and adults to watch. The plot was very fascinating and close to real life, and the real stars of Soviet cinema appeared in the film.

1. Alexander Khvylya (the real last name is Bressham) (2.07.1905-14.10.1976)
A talented actor, who can be seen in episodes of many famous films, performed in the cult film the role of the royal ober-chef. The Soviet actor Alexander Khvylya, remembered to the audience by both heroic and character roles, managed to contribute to the cinema of the 1940s-1970s and caused pleasant nostalgia to film fans.

2. Anatoly Kubatsky (1.11.1908-29.12.2001)
Master of the episode, one of the most popular actors of the Soviet film fairy tale, starred as the stupid king Jagupop on the 77th. Wonderful was an artist, had an amazing gift of reincarnation. Today, not many viewers can immediately understand that Yagupop77, Kum Panas and Franz are the same actor.

3. Andrei Veit (08.16.1903-16.01.1976)
Not one child’s heart squeezed when this beautifully terrible face appeared on the screen — the Magribince from Aladdin’s Magic Lamp, Nushrok from the Kingdom of Curved Mirrors. ”

4. Arkady Tsinman (1.03.1909 – 19.06.1985)
Arkady Tsinman – one of the favorites of Alexander Row and all the children of the Soviet Union, he was a member of the trio of resilient Roew “pirates-robbers”: Arkady Tsinman, Alexander Khvylya (aka Morozko) and Lev Potemkin … Indispensable, but not at all terrible villains in amazing magic “Thrillers”: “Barbara Krasa Long Spit”, “Fire, Water and Copper Pipes” and “Golden Horns”, where each of the “pirates” played several secondary roles.

However, Arkady Tsinman also had the main role of the real, ominous scoundrel – zhaborozhiy and greenskin minister Abazh, a worthy competitor of the chief minister Nushrok (Andrei Veit).

5. Ivan Kuznetsov (07.06.1909-23.08.1976)
Ivan Kuznetsov is one of the most prominent and recognizable masters of the episode, despite the fact that he began with the main roles in the cult paintings of Sergei Gerasimov: Sasha Rybnikov (“The Seven Brave”) and Vanya Butsenko (“Komsomolsk”). He was equally organic in comedies (“True Friends”, “Heavenly Swallows”) and fairy tales (unforgettable Uncle Bar from the “Kingdom of Curved Mirrors”).

6. Lydia Vertinskaya (04.14.1923-31.12.2013)
Actress Lydia Vertinskaya for decades fascinated the audience with just a few movie roles. Meanwhile, the mysterious beauty with a deep look from “Sadko” and the “Kingdom of Crooked Mirrors” has also become famous as an artist. And the story of her relationship with the poet and singer Alexander Vertinsky remains one of the most romantic and inspiring in the annals of the twentieth century.

8. Tamara Nosova (11/21/1927-25.03.2007)
Tamara Makarovna really was a star of Soviet cinema and an incredibly gifted person. Unfortunately, as often happens, the biography of Tamara Nosovaya was not as cloudless as it seemed from the screen. In the fairy tale “The Kingdom of Crooked Mirrors”, she played the good aunt Aksal.

10. Pavel Pavlovich Pavlenko (09/20/1902-9.03.1992)
The brilliant sharp character actor acted as the chief master of ceremonies, became famous thanks to the heroes of the fairy tales of Alexander Row.