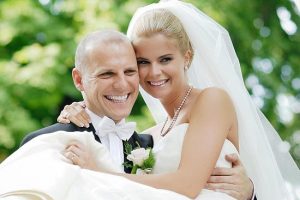 History of the first photo album

A photo album is a true family value that is inherited from parents to children. However, in reality, even a very high-quality photo album cannot serve for more than half a century. Therefore, after this time, the photos should be moved to the new album to prevent them from being spoiled and saved for posterity.

The first album for photographs was an ordinary book in which test photographs were placed. It could include pictures of relatives, but such a book could not be attributed to family photo albums.

The first ever album for photos
The first albums began to appear almost immediately after the invention of the photo. Just a year after the first photographs appeared in 1840, English scientist William Talbot made the first ever album for photographs. In 1846, he made a book with photographs as illustrations entitled The Pencil of Nature. There were pictures of architecture and beautiful landscapes.

Albums for collections
Due to the fact that the photo process was gaining popularity, books for photos began to appear on store shelves.

In the 50s. Cartes-de-Visite appeared in France of the nineteenth century – photos of 11.4 cm x 6.4 cm in size, which were attached to a business card. They were in great demand: they were collected, stored, sent to each other, exchanged, etc. A special tight-bound album was created specifically for collectibles. It was equipped with pockets and slots for cards.

Interest in collecting from the society increased, the albums on sale did not give the opportunity to keep newspaper clippings or letters. In this regard, albums without pockets and slots with thick sheets of cardboard appeared. History of the creation of the first photo album

Creative approach to photo albums
In 1873, a Canadian newspaper published an article where readers were offered several ways to make an ordinary album for photographs unique. From this point on, photo albums began to appear in the living rooms of wealthy people and became part of the decoration of the room. The popularity of this item is reflected in its appearance and quality.

Now with the advent of digital photography photo albums faded into the background. But they are still in demand.