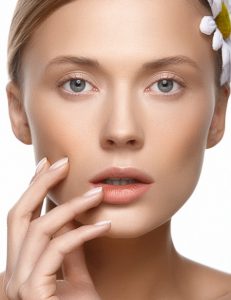 The first aerial photography and the history of its development

Aerial photography allows you to take photographs of the surface of the earth from different heights with the help of an aircraft.

The emergence and development of aerial photography
Aerial photography appeared in the 50s. XIX century, when the first balloons. Gaspard Tournacon first filmed the aircraft in 1858 for the first time.He photographed Paris from a height of several hundred meters. This type of photography began to actively develop after the appearance of airships, airplanes and other aircraft.

In our country, Kovanko performed the first aerial survey in 1886. After some time, a special camera with a long focus distance was invented. The invention of the aircraft brought aerial photography to a new level. For the first time photographs from the aircraft were received by the French Wright and Bonvilan at the beginning of the 20th century.

Photograph from a balloon, from a height of 800 meters, made by Lieutenant A.M. Kovanko when flying May 18, 1886

In the First World War, aircraft surveys were widely used, as was airborne exploration.

In the Soviet Union, a special aircraft was designed for aerial surveys of the Sh-5 to form maps of the country’s territory of various sizes. He could take off from the surface of the water and sit on it. During the Great Patriotic War, photography from the air was the most important method in the fight against the enemy.

With the invention of artificial Earth satellites, space photography appeared, which was widely used during the Cold War.

This type of photography allows you to view the subject of shooting from all angles and give an objective assessment of its features. Also, aerial photography helps to look at the desired area in a new way, to consider the aspect inaccessible in the process of shooting from the ground.

Aerial photography these days
Currently, this type of photograph is applied quite widely. This is largely due to the use of multicopter. These devices guarantee the relative cheapness of the process and have important operational advantages. A significant advantage is the possibility of operating the device in all weather conditions and environmental safety.

The first aerial photography and the history of its development

Now aerial photography involves not only taking photographs, but also the possibility of video, the creation of panoramic images, and often their combination. In recent years, this type of service has been used especially by builders and realtors.

This type of shooting has become an important component of the construction work, and the further sale of buildings. This is an excellent method to gather information about the landscape, its infrastructure.

High-quality photographs of the object, taken from a height of several hundred meters, are often used in a real estate advertising campaign, which is a winning marketing step.

Video filming is often used by the media when you need to shoot any public events.